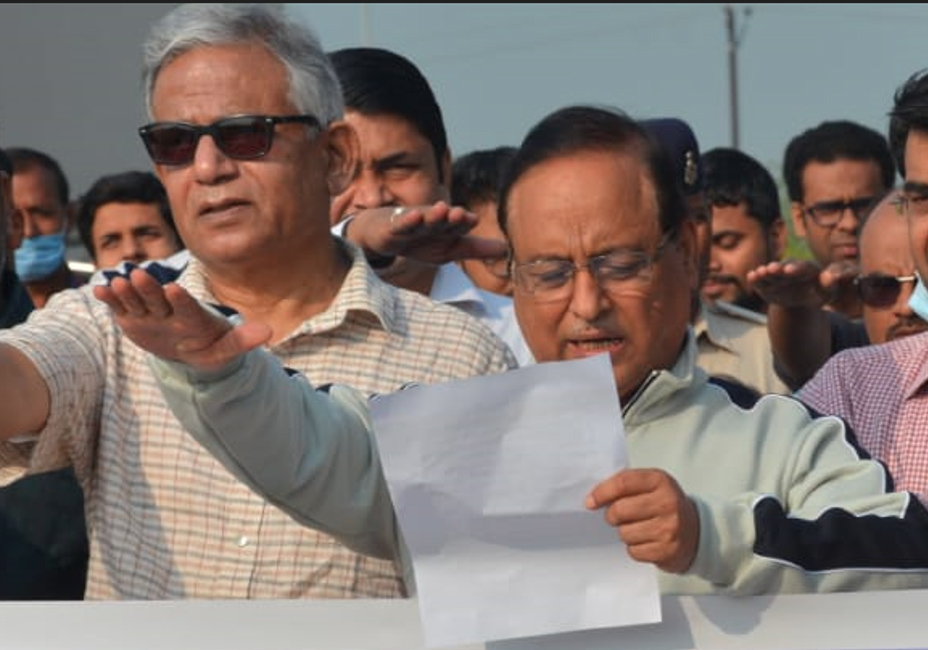 The 146th birth anniversary of the country’s first Deputy Prime Minister, Bharat Ratna Sardar Vallabhbhai Patel was celebrated as National Unity Day at the Central University of South Bihar (CUSB). The program was formally inaugurated by Hon’ble Vice Chancellor Professor Kameshwar Nath Singh by taking oath based on National Unity and Integrity as issued by the Central Government especially for National Unity Day. The swearing-in ceremony was led by the Honorable Vice Chancellor, in which the Deans, Heads of Departments, Professors, Officers, Research scholars and students of various departments of the University took a pledge to always uphold the national unity and integrity. 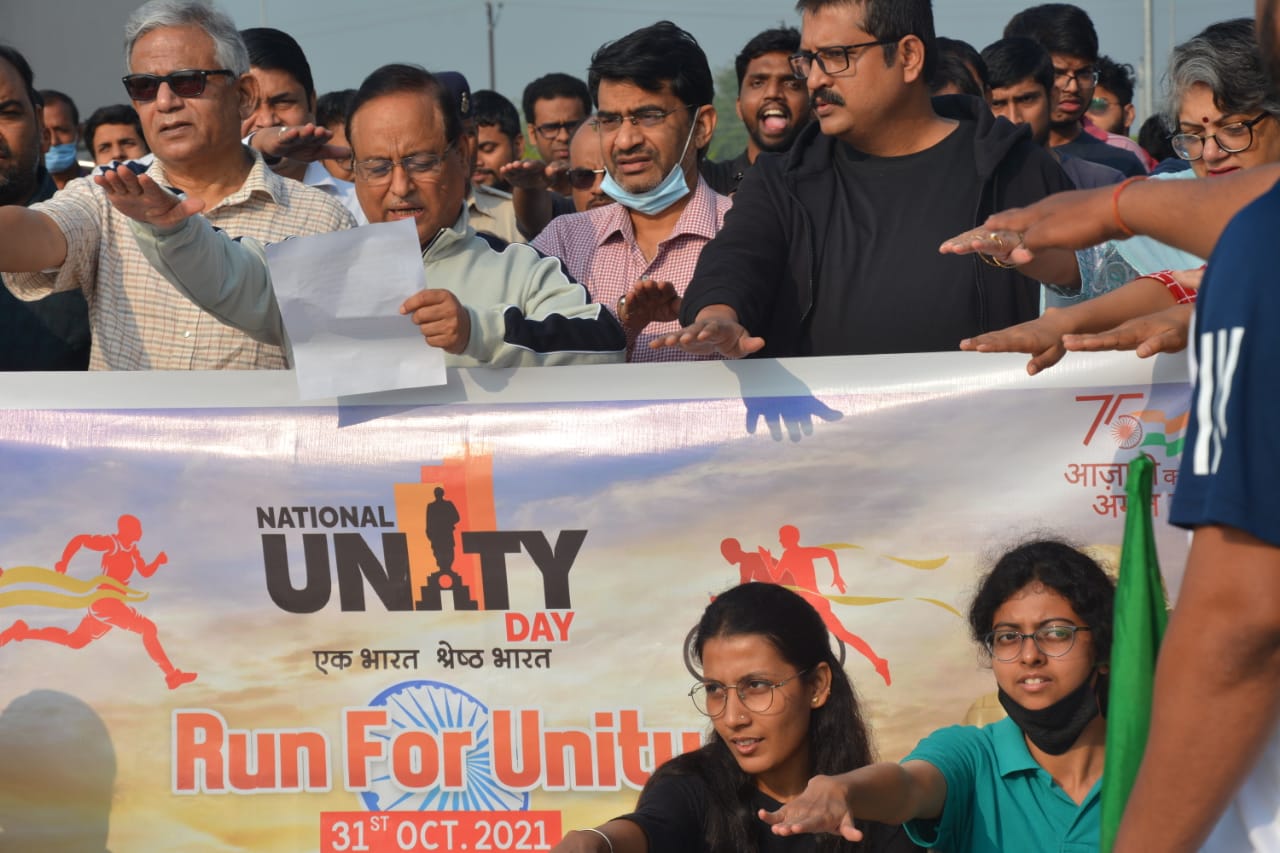 In his address, CUSB VC said that from the year 2014 Hon’ble Prime Minister Shri Narendra Modi led NDA Government had announced to celebrate the birth anniversary of Sardar Patel on 31st October as National Unity Day in which people from all over the country participate in Run for Unity. Today, the ‘Run for Unity’ program is being organized by the university in the memory of a great man like Sardar Patel, who dedicated his life to ensuring the unity and integrity of the country. Hon’ble Vice Chancellor said that although Sardar Vallabhbhai Patel was educated abroad but he was imbued with the spirit of national unity and integrity. He gave a monolithic form to the country by including 565 princely states, that is memorable for all of us. We remember him today and on the occasion of his birth anniversary, we give our promise to maintain the unity and integrity of India. At last, he said that this day gives the message of protecting the unity, integrity and security of our country and the responsibility of maintaining it is on we all Indians. 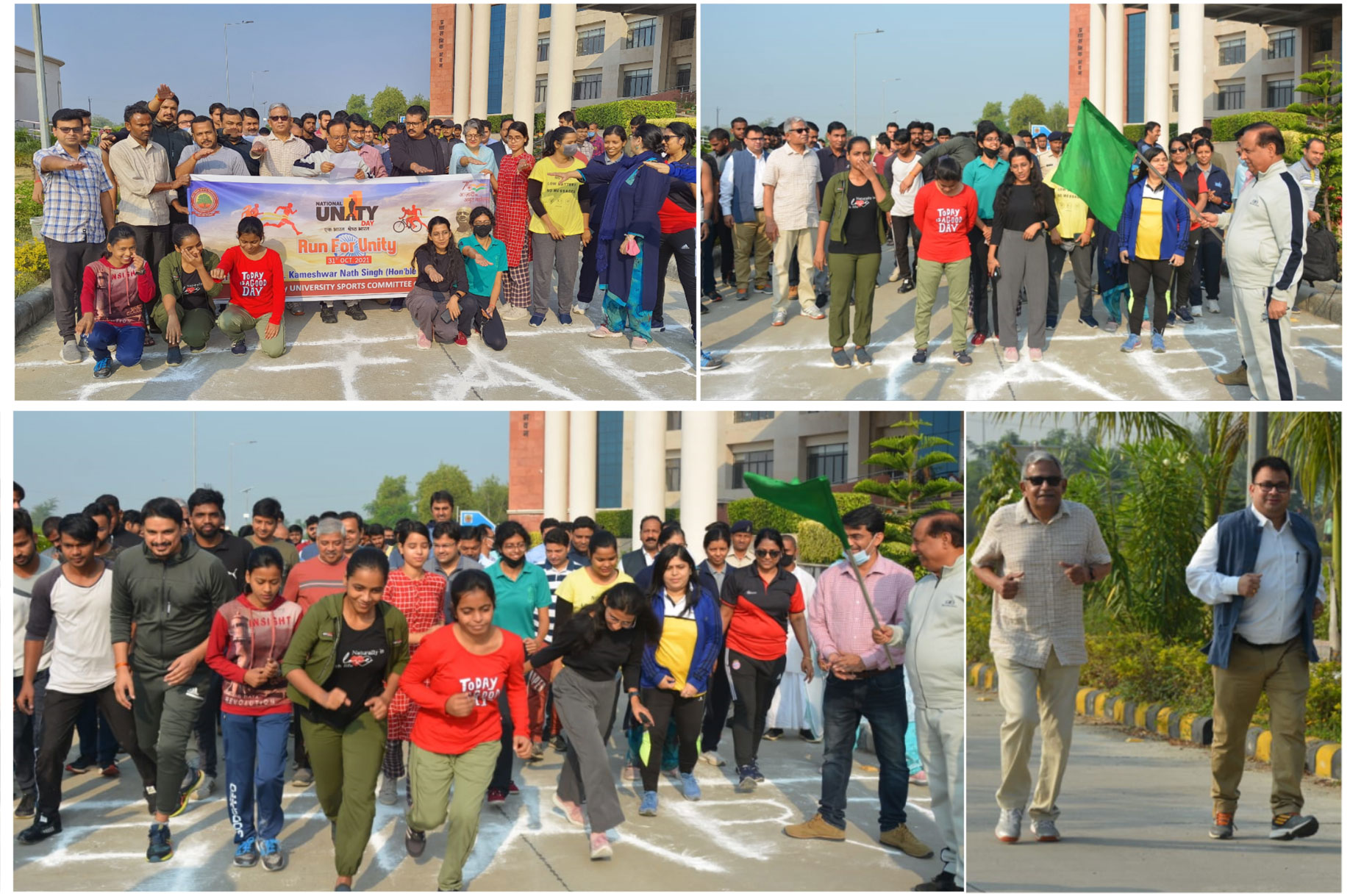 On this occasion, Run for Unity event was organized under the joint aegis of the University’s Sports Committee, Ek Bharat Shrestha Bharat (EBSB) Club and Azadi Ka Amrit Mahotsav Committee. Dr. Samapika Mohapatra, Chairperson, Sports Committee, Dean Student Welfare (DSW) Prof. Aatish Parashar, Proctor Prof. Umesh Kumar Singh and, Asst. Director, Physical Education Dr. Jitendra Pratap Singh organized the run under the guidance of Hon’ble Vice-Chancellor. The Run for Unity event was flagged off by Hon’ble VC in which the Controller of Examinations Mrs. Rashmi Tripathi, IQAC Cell Coordinator Prof. Venkatesh Singh, Dean of Education Department, Prof. Kaushal Kishore, Librarian Dr. Pramod Kr. Singh, Dr. Ashish Kumar Singh along with faculty members, officers, staff and students.
The students who participated in the Run for Unity in the category of girls students, Shivani of the Department of Environmental Science got the first position, the second position was secured by Roshni of Department of Economics, while Garima of Mass Communication got the third position. In the category of boys students, Vishal Kumar Singh of the Department of Environmental Science stood first, while Adarsh of Physics and Manish of Development Studies, stood second and third respectively. Announcing the winners, the Hon’ble Vice Chancellor said that they will be awarded in the upcoming Republic Day celebrations.

Legal Awareness Programme on Role of Students in creating Awareness

National Webinar on ‘Sociology of Sanitation’