As the state Co-ordinating University to celebrate 70 years of Indian constitution, the Central University of South Bihar (CUSB) organized a special lecture on the topic “Ideals of the Constitution of India and Jurisprudence of Fundamental Duties” on January 28, 2020. A guest lecture was delivered by Prof. Shailendra Kumar Gupta, Faculty of Law from Banaras Hindu University  (BHU), Varanasi. The program was organized under supervision of Prof. (Dr.) Sanjay Prakash Srivastava, Nodal Officer and attended by faculty members, students of the department and other departments of University. 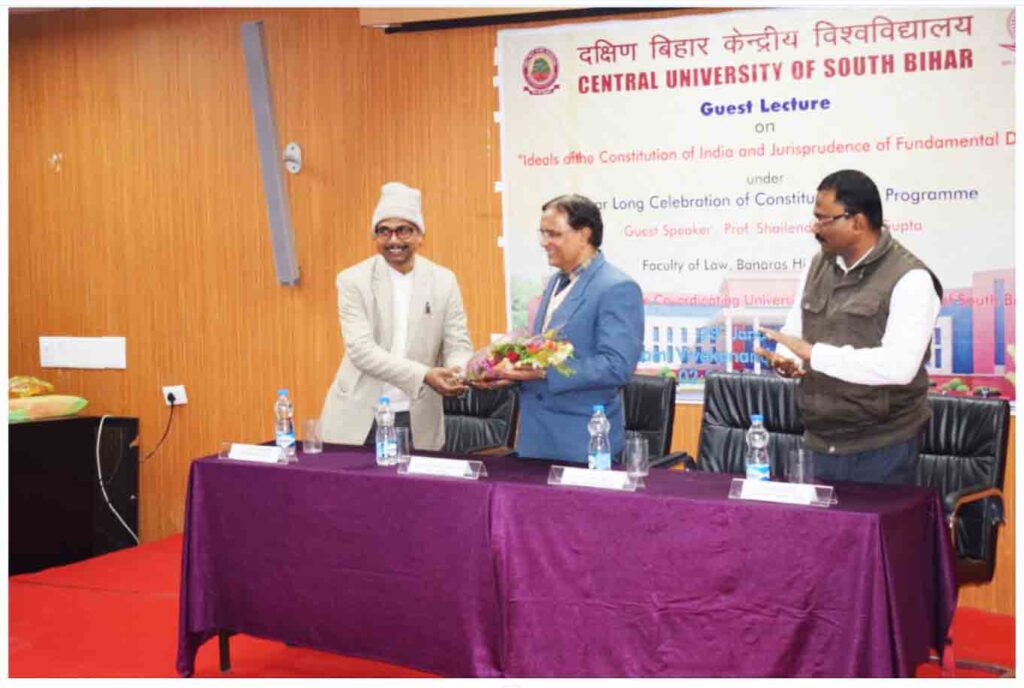 In his lecture, Prof. Shailendra Kumar Gupta discussed the significance of the ideals of the Indian Constitution including the concepts of Justice, Liberty, Equality and Fraternity. He added the significance, importance and Legal Enforceability of fundamental duties incorporated in Part IV A, Article 51A, under the Constitution of India through 42nd Constitutional amendment in 1976 and DPSP of the Constitution. He talked about the case precedents set by the Supreme Court of India in different cases like Keshwanada Bharti, Indira Nehru and Menaka Gandhi case to open up a wide aspect of Consitutional freedoms and restrictions. He stated the importance of the concepts of rule of law, morality, fairness and reasonableness of Law. He emphasized on the concepts like separation of power, independence of judiciary, concept of lex loci and the sources of the provisions of the Indian Constitution from all over the world. He explained the liberal democratic values and the approach of individuals towards the Rights & duties enshrined under the Constitution of India and explained the concepts of Marxism, Liberalism and Socialism. He added the importance of Articles like – article 32, 14, 21, 51A, 226 and other provisions. He discussed the jurisprudential aspect of Constitution of India and he emphasized on the knowledge of other subjects in Law. He finally stressed to follow the duties by Individual as well as by the state and further suggested compilation of literary work on fundamental duties and circulation thereof. 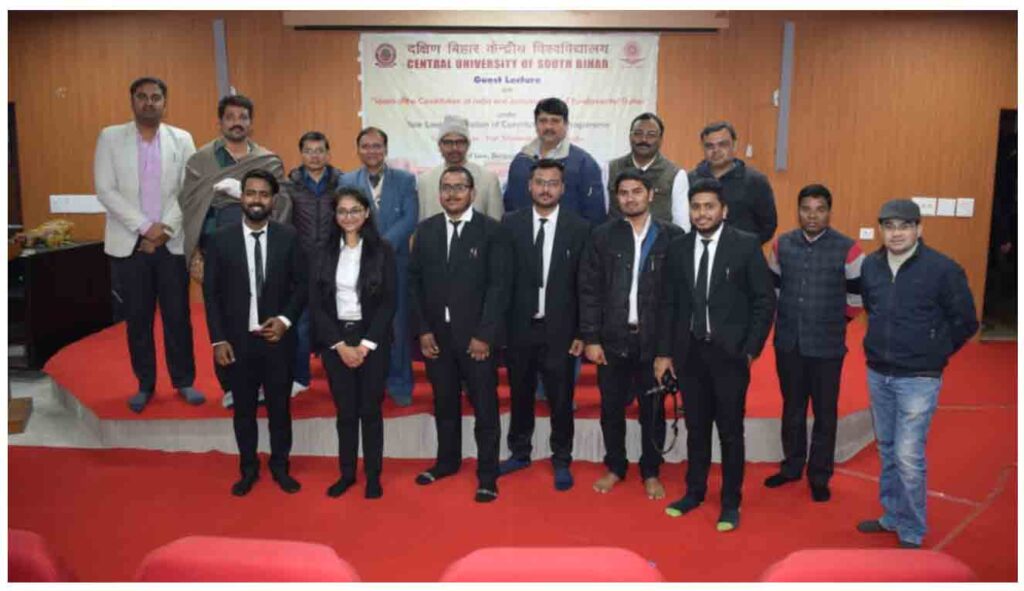